Posted by Andrea VanDerwerker on April 5, 2017

When you think about your holidays what comes to mind? Maybe it’s eating a specific food that your mom makes on Thanksgiving, a movie you watch on Christmas Eve, or watching the New Year’s Eve ball drop on TV right at midnight. Whatever it is, how you feel in that moment eating your favorite food, watching the movie that you’ve seen year after year but never gets old, or cheering the New Year in with family and friends? Those are traditions that bring excitement, warmth, and nostalgia of a simpler time. 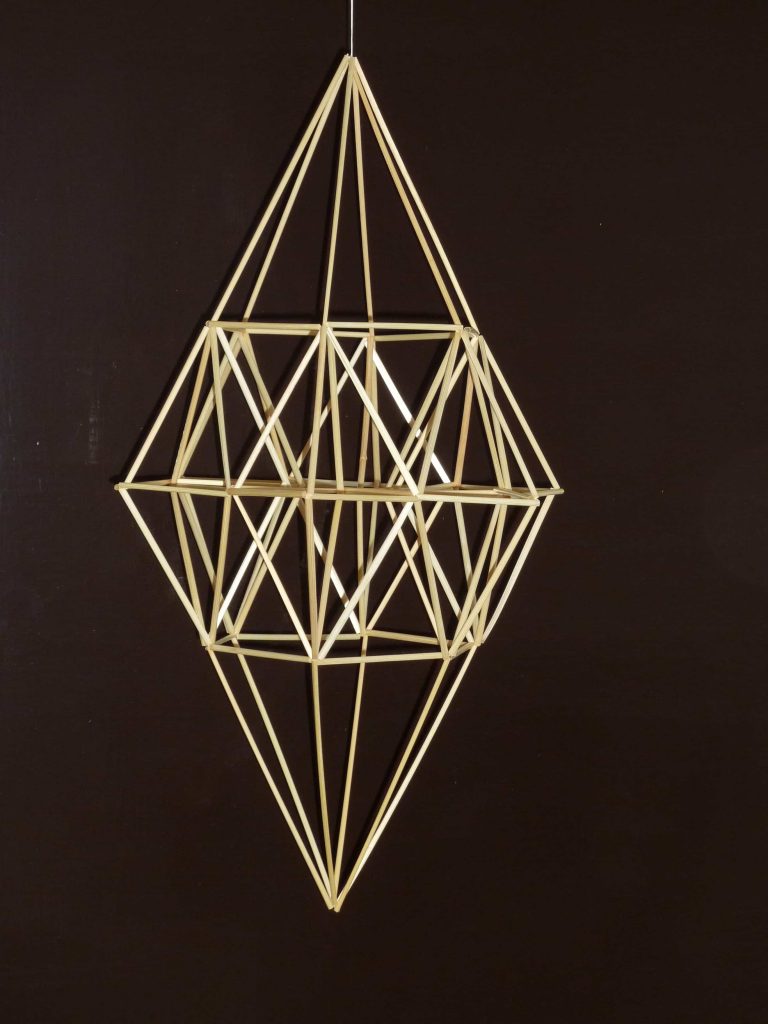 When it comes to traditions, I am the biggest proponent of keeping, spreading, and helping others see their importance. Not only in the tradition itself but their sentimental value as well. “Himmeli” is a word (originating from the Swedish word “himmel” meaning “sky” or “heaven”) you may have never heard of one, but you’ve definitely seen one. I’m sure you’re asking, “What is a Himmeli?” I asked the same thing the first time I heard of one. In short, the Himmeli started out as an old, traditional Finnish Christmas ornament. But what began as a simple decoration has become a fashionable and trendy element in modern design.

The original Himmeli mobiles were often constructed with some sort of reed or rye straw along with string. It is said that they were sometimes decorated in many different ways, employing the use of things such as dyes, paper flowers, wool, colored cloth, etc. They were commonly found to be very simple, undecorated structures and seen hanging throughout the homes of agrarian families even before the 1800s. Himmelis were made and hung up during the Christmas season, specifically over the dining table as sort of a “good luck charm” in hopes that it would bring a plentiful rye crop in the coming harvest season. These structures were also frequently used as decorations for Christmas trees and again, used as decorations throughout the home. As a tradition, Finnish and other Nordic families would build a new Himmeli every Christmas season. It was not uncommon for a Himmeli mobile to be left up into the the middle of the summer. 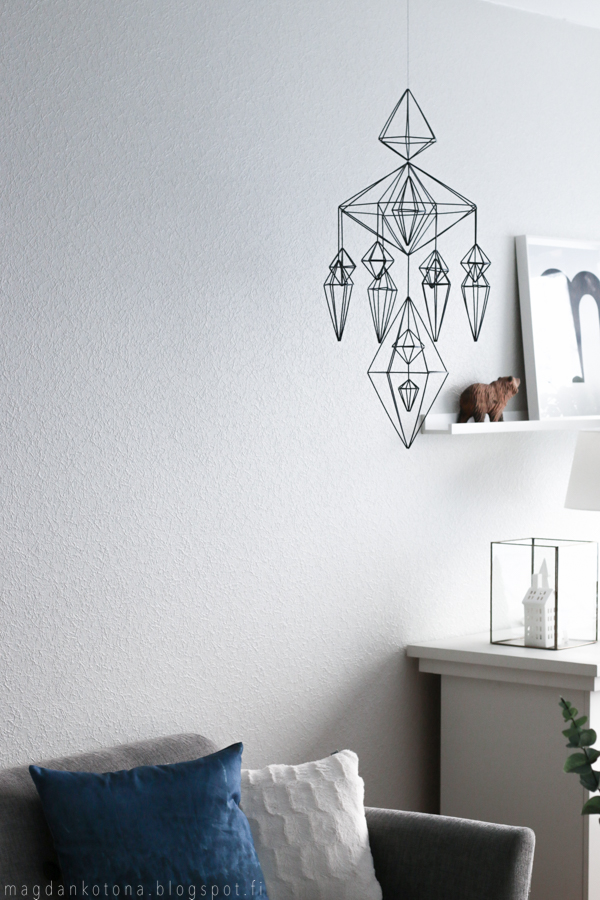 It was speculated that the popularization of Christmas trees in the home eventually overshadowed the tradition of the Himmeli and for many years they were not seen as frequently in the home. In the 1900s
some women’s organizations noticed that the tradition was slowly but surely being lost and a campaign of sorts was put together in order to bring the Himmeli back to the forefront of the Finnish Christmas traditions. This campaign consisted of printing and distributing what we would now call “DIY instructions” on how to build your own Himmeli. Slowly the Himmeli regained popularity again and it was frequently seen in Nordic homes once again, this time used as decoration rather than the “good luck charm” that it had previously been for farming families.

Now, cut to the 21st century, and what used to be a simple, humble geometric structure made with straw and string has become a very popular and essential design element in modern and minimalist decorating. Many Himmelis that are being used for decorating purposes these days are made with brass, various metals, and some even continue to be made with sturdy straw material and string. It is not unusual to see these Himmeli based structures being used as plant holders, tables, lamps, trinkets, and wall decor. Just go talk to one of your friendly neighborhood hipsters and chances are they don’t know what a Himmeli is, but I bet you they have at least one represented in their cool, downtown studio apartment.

My favorite Himmeli is a necklace made in 14kt gold with small diamonds.  It is a new and beautiful take on a quaint traditional Christmas ornament maintaining the sentimentality of a treasured Finnish Christmas tradition while incorporating a modern design element into a piece that can be dressed up or down.

I hope that now you can see that this piece is even more than just a trendy necklace. It carries with it centuries of tradition and history which holds much more value than any price tag. With this Himmeli, history comes alive in a new and exquisite way. 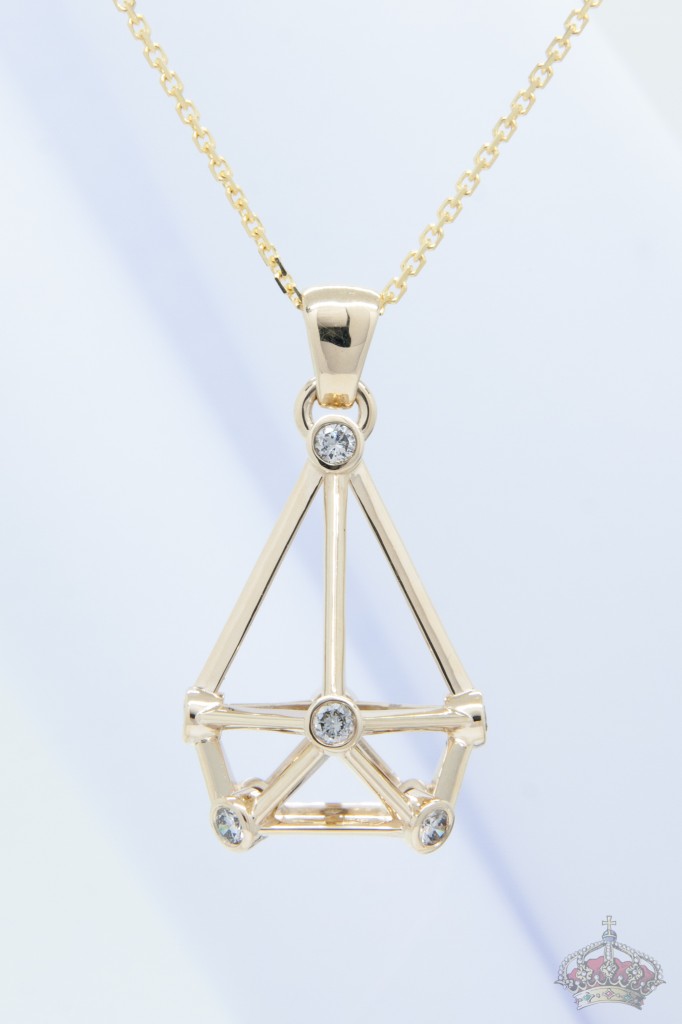