As we enter September where the heat of summer begins to wane, and the cool winds of fall start to make their ways into our lives.  The colors of our wardrobe shifts, making Sapphire a perfect companion gem to match those new outfits.When you think of the word Sapphire, the color blue is probably the first thing that comes to mind, but did you know that Sapphire comes in every color of the rainbow, except for red?

Let me explain, Corundum is the species of gemstone that includes the varieties: Sapphire and Ruby. Surprise! Rubies and Sapphires are almost identical! It is only miniscule amounts of different trace elements in their chemical makeup that dictate the color of Corundum transforming it from it’s pure state, which is transparent, into the deep blues and commanding reds we are used to seeing in Sapphires and Rubies as well as every other hue imaginable. When the term Sapphire is used by itself, in jewelry world, it is assumed to be referring to the blue color. When corundum falls within a specific range of hue, tone and saturation it is called Ruby. To specify every other color, the color description is followed by the term Sapphire. For example Yellow Sapphire, Green Sapphire, Orange Sapphire and so on. If  red or reddish corundum is close to that “ruby zone” but is to light in saturation, it is Pink Sapphire. If it contains too much yellow, it’s Orange Sapphire and if it’s tone is dark it could end up being Brown Sapphire. 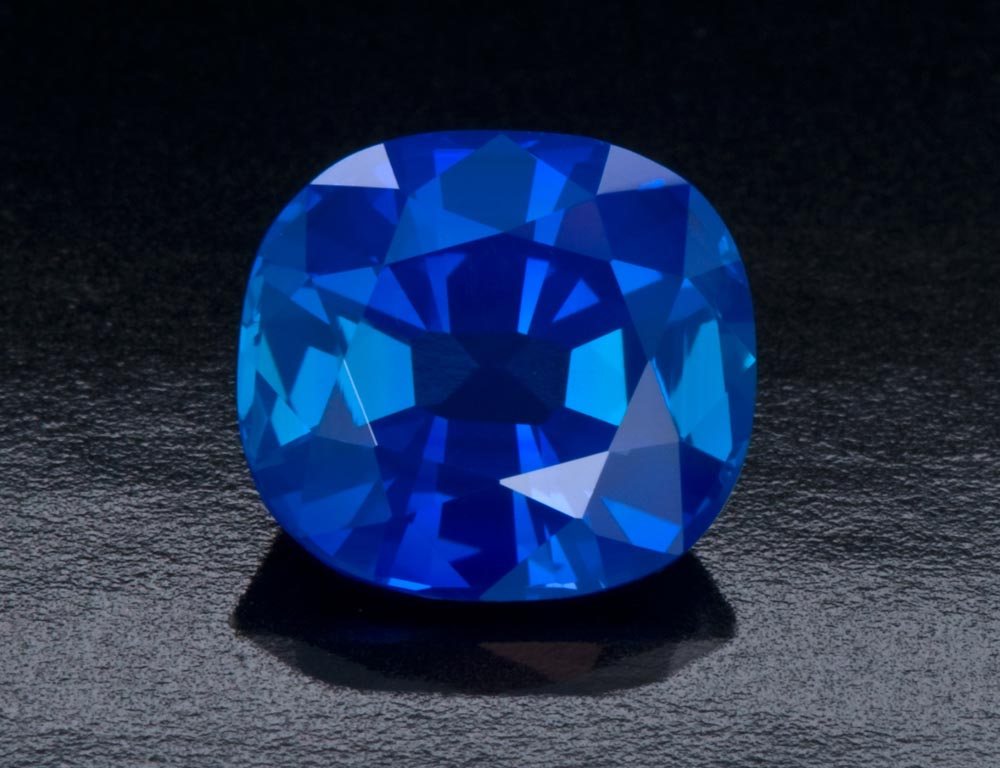 Sapphire comes from the Greek word “Sappheiros”, which was a term used to describe Lapis Lazuli an opaque blue gemstone. In ancient Greece, blue Sapphires were given as gifts to rulers of the lands to protect them from harm and envy. With time, a Sapphire became a symbol of nobility, truth, sincerity, and faithfulness. Romanticism has always gone hand in hand with sapphire. In the 1980’s this became mainstream as Lady Diana Spencer was engaged to Prince Charles of Wales in February 1981, and her ring was a lovely 18ct blue sapphire surrounded by diamonds in 18K white gold. Many remember the wedding of Princess Di and Prince Charles; it was the closest our popular culture has had to a real life fairy tale. Her choice to use a blue Sapphire as the center stone for her ring catapulted the idea of a Sapphire as the center stone for engagement rings into the forefront of the jewelry buying public and reinvigorated the age old idea of having a colored center stone. A choice which was much more common prior to the overwhelming marketing by De Beers in the early 1900’s that Diamond was the “right” choice for an engagement ring. The ripple effect of this event is not only felt today but it is growing, fed by the fuel of the engagement of Prince William and Kate Middleton in 2011 in which Prince William used the fairy tale ring of his late mother, Princess Diana, to propose. More and more brides are desirous for something unique, “Everyone has a diamond, I want something different.” is a common statement in today’s bridal market. 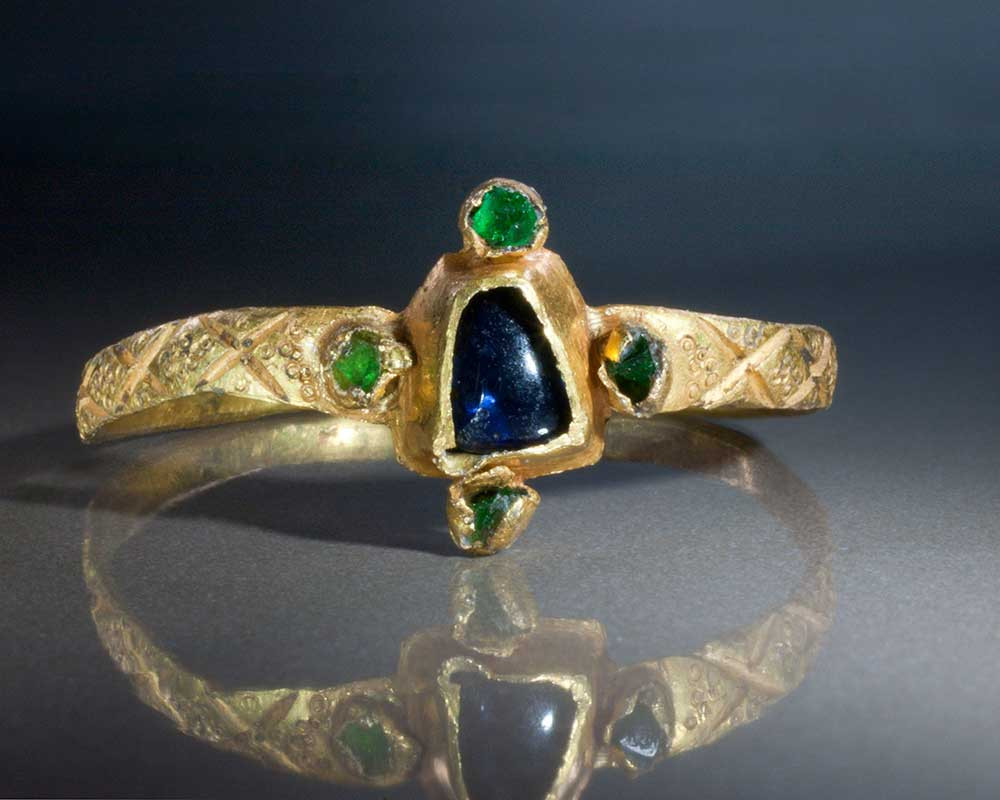 Sapphire can be found on almost every continent, but the best quality sapphire is found in Myanmar, Sri Lanka, Tanzania, Australia, and Madagascar. Sapphire found outside of these primary sources, tend to be lower quality. Sapphire that is found in Kashmir has some of the deepest, intense blues in the world and set the standard against which all other blue Sapphires are measured. In today’s millennial market, there is an increasing demand for Sapphires that break from the traditional deep blue that is the standard of the industry. For example, sapphires from Montana in the United States commonly have a light saturation and tone, yielding some stones with a delightful violet color 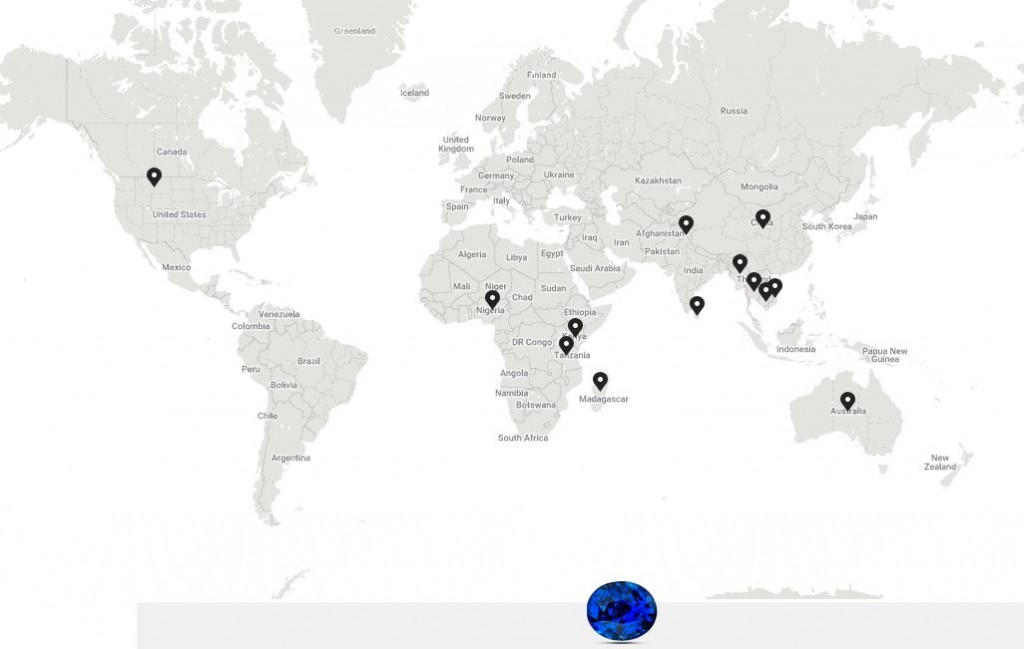 Natural sapphire occurs when aluminum and oxygen combine to create a compound, along with color-causing trace elements. Most quality sapphire grows in silicon free environments; however, since silicon is a commonly occurring element, this makes natural sapphire relatively uncommon. In its purest form, Sapphire is colorless, but trace elements like iron, titanium, chromium, and vanadium give all colored Sapphires and Rubies their unique color. Almost all Sapphires have internal characteristics that often dictate how the stone will be cut and fashioned. They are often cut in many standard shapes like round, oval, pear, and marquise. When stones are heavily included, they are typically cut into cabochons, a smooth stone with no facets, a domed top, and a flat or slightly domed underside. Sapphires can display a phenomenon called asterism, or the star effect. This star effect can be seen gliding along the curved surface of a cabochon; the phenomenon is caused by a light source reflecting on many tiny needlelike inclusions called silk. 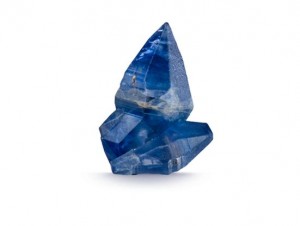 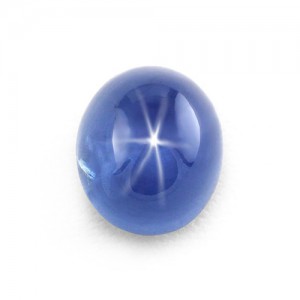 Sapphire gives us a range of colors that allow for many astonishing designs to be created. Deep rich blue is the most common color you will see in Sapphire jewelry, but pink, purple, white, green, orange, yellow are all used in necklaces, rings, bracelets, and earrings. Padparadscha is a rare and valuable pinkish-orange sapphire that imitates the color of a lotus blossom. Some colors can be scarce and can demand a premium price. Below are just a few examples of different color sapphire rings that we have produced featuring different and varied Sapphire colors.

Wear and care of Sapphire

Sapphire has a 9-9.5 on the Moh’s scale. The Moh’s scale of mineral hardness characterizes the scratch resistance of various minerals on an exponential scale from 10 to 0. The top of the scale is Diamond at 10 and graphite at 0. Due to its exceptional hardness, sapphire is ideal for heavy everyday wear.  This is why sapphire tends to be one of the primary colored gemstones in the market today and a common go-to for engagement rings with a colored center stone. 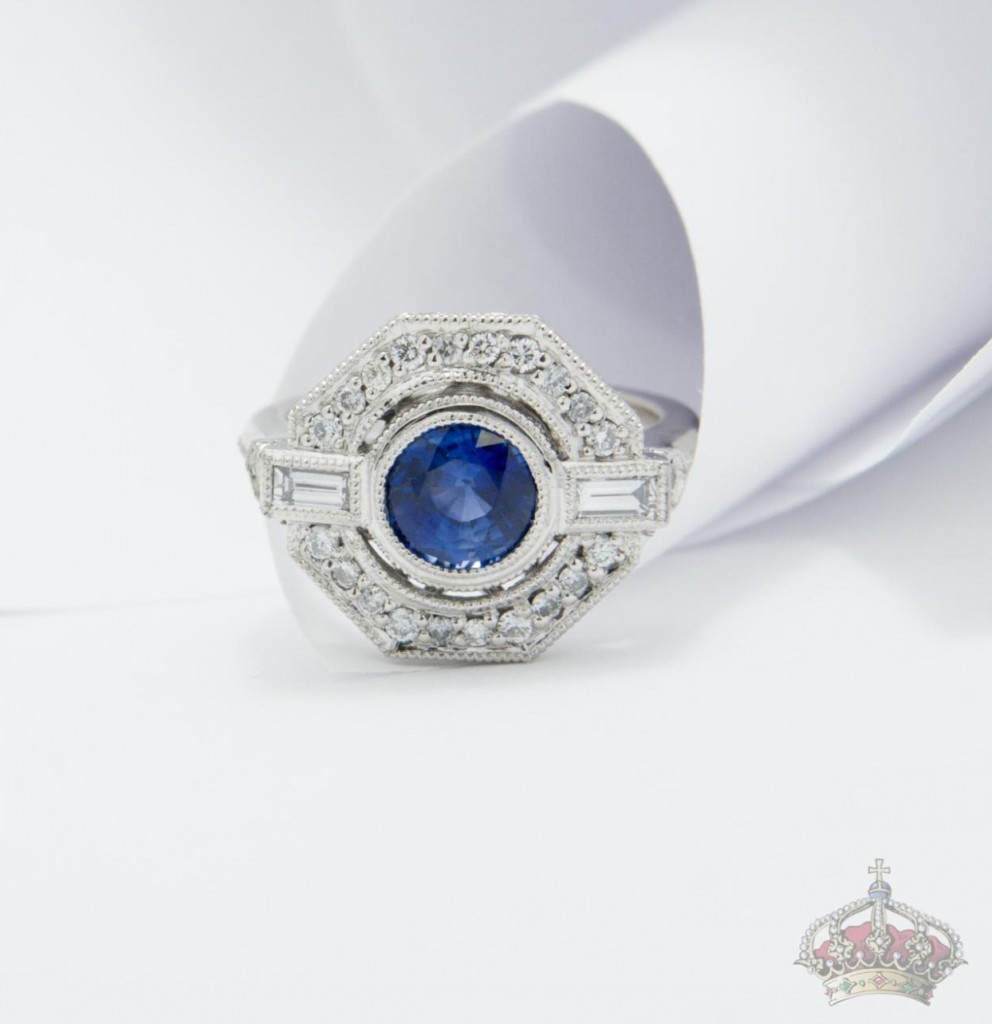 Romance is a feeling that awakens when the person who makes you smile gets close to you. Romance is when you hear your name being called by the voice that makes you feel warm on the inside. Romance is remembering when you first meet, your first kiss. Romance can occur in many shapes, colors and forms. Sapphire is similar to romance as it provides us with a range of colors, shapes, and sizes that captivate our eyes and our hearts. So this September come experience the wonderful world of color at Diadem Jewelers.